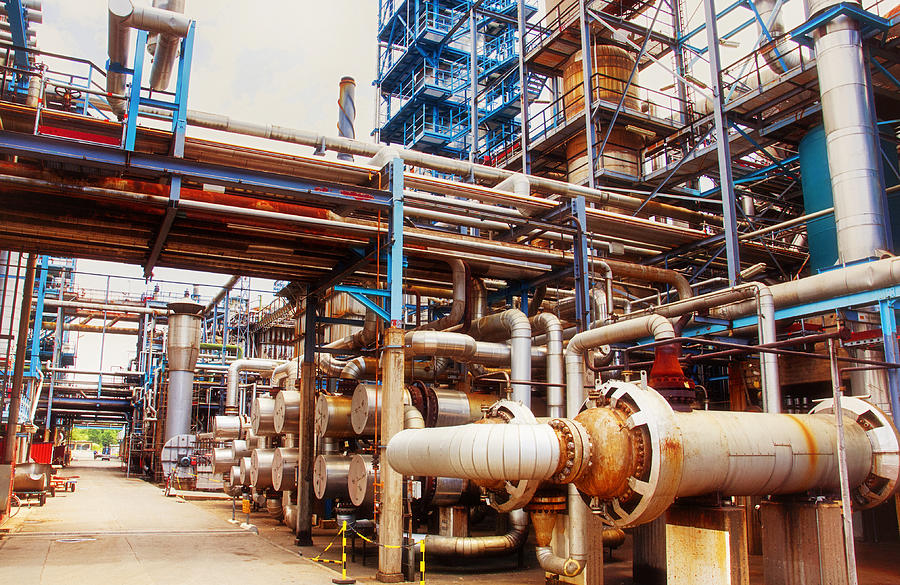 A refinery transforms crude oil into many different carbon-based and hydro-processed products. The crude oil is heated and each desired product is extracted at a given temperature. A lot of energy is needed to heat this crude. The energy needs are as much required in heating as in cooling and this at different stages of the process. The refining process is a perfectly mastered technology, but the problems remain in almost all the refineries; fouling and corrosion in various heat exchangers, thermal installations.

MERUS® is able to deal with problems, fouling in water systems and fouling related to hydrocarbons.

If there is enough supply of good quality water the problems in the cooling systems are minimized. But in some parts of the world, where there is not enough water, the cooling water causes a lot of scale, fouling and corrosion in the heat exchangers and piping. As most of the refineries are located by the sea, the water is used for cooling. This sea water is the source of a large number of additional disorders. While very few refineries use direct seawater for cooling their process, most use a battery of heat exchangers, where seawater is used to cool the cooling water.

We have identified the following major problems, where MERUS® is able to provide a solution:

Biofouling in the cooling system. What we find in particular in warm regions of the world, and which is causing more and more problems.

Known problems when using seawater are marine growth such as barnacles and shellfish, blocking the flow of water.

MERUS® has solved the following issues in water applications:

MERUS® deals with individual heat exchangers, which are called to be critical for the process, with a strong tendency to foul and therefore a lot of regular cleaning required.

MERUS® decreases biofouling in the water system. This is only possible if the cooling water system is treated as a whole with MERUS® rings.

MERUS® treats wastewater systems, in particular to limit the formation of struvites.

When using Merus® water applications, where the cooling system is treated, there has been a significant reduction in water treatment chemicals. In some cases, there is no need for polluting chemicals at all. In addition, we have found that there is also the possibility of saving water by treating the cooling water system with less pressure drop.

We noticed, by comparing the chemical treatment versus the use of Merus® rings. That there is much less fouling in heat exchangers with Merus®, resulting in consistent cooling performance with less need for maintenance.

improves the separation of hydrocarbons from water:

will process tankfarms, where crude is stored with pre-treatment. In some cases, there is still a significant amount of residual water in the crude. This water causes problems later in the process, so it should be reduced as much as possible. The Merus® ring has shown its ability to improve the separation of crude and water, which should be possible in tanks in a tank farm as well. In addition, this hardness of the water causes corrosion in the tanks, which can be reduced by Merus® .

We have won over several customers, Merus® is increasingly called upon to maintain their cooling system.

We can offer you the opportunity to discuss with some of our customers, with whom we work under contracts from Saudi Aramco, KNPC, PetroSA, Q8, Samref.